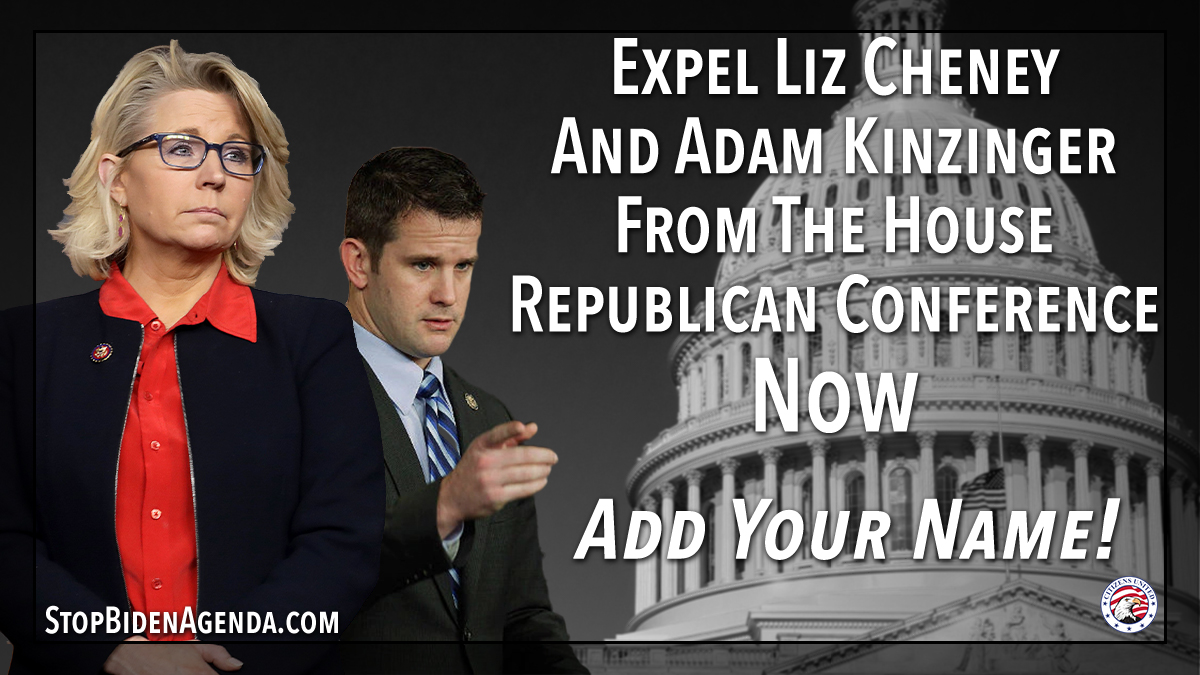 The Republican Conference in the House of Representatives exists to:

-Set the stage for a Republican takeover of Congress next year

However, Representatives Liz Cheney and Adam Kinzinger’s goals this year are to:

-Pave the way for Nancy Pelosi to remain Speaker of the House, thus guaranteeing the further advancement of socialism in America

A Democrat majority in the next Congress would continue to ignore the border crisis, the crime crisis, the energy crisis, the inflation crisis, and the supply chain crisis – a disaster for the American people.

Why are individuals actively seeking to undermine Republican success still members of the House Republican Conference?